The Midterm Elections – Get engaged!

The Midterm Elections are less than 100 days away. We must get engaged in this election and future election cycles. Women need to raise their voices loud and often in order to be able to make sure the issues that are important to us are front and center in public life and at all levels of government.  Those that are sitting in positions of power need to be accountable for what is important to us. And who better to represent women than women like us.

People’s Action, a national organization driven by local and state organizing,  did an analysis of how many state chambers and gubernatorial seats are in play in 2018. “At the state level, this could be a year of big changes. Of the 99 state chambers in the U.S., 87 are in play. The total number of potential contested seats is 6,066—about 82% of the nation’s state legislative seats, over 100 more than were contested in 2016. And 36 gubernatorial seats will be up for grabs—there were only 11 in 2016.” 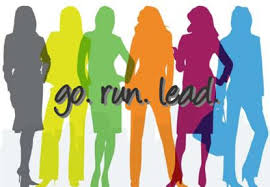 Indivisible, whose mission is to fuel a progressive grassroots network of local groups in every congressional district in the country and lead local actions, recently endorsed several candidates. “As we turned to planning our work in 2018, we wanted to move beyond changing how politics works and change who works in politics. And, again, Indivisible groups led the charge on this work. Over the last few months, groups in red, blue, and purple states read our endorsement guide, held forums with local candidates, and held a vote with their membership. In March, groups had the opportunity to nominate those candidates for a national endorsement. We then vetted those candidates and put them up to an online vote for all Indivisible supporters in those states or districts. Each of the five individuals we’re introducing you to today are powerful voices for Indivisible, for this movement, for a more progressive future (we can’t wait to get to work to elect them!). Each affirmed their support for permanent protections for Dreamers, universal health care, and raising the minimum wage. All of the Congressional candidates denounced Trump’s Muslim ban and pledged to repeal Trump’s open-ended war authority once they’re in Washington.”

Then there is Our Revolution who is supporting these candidates. Their mission is to support their current goals: “To revitalize American democracy, empower progressive leaders and elevate the political consciousness.”

MoveOn, whose vision is a world marked by equality, sustainability, justice, and love, decided to acknowledge that we are now less than 100 days to election day by announcing that: “MoveOn members are already fueling this big blue wave—through special elections across the country, supporting dynamic candidates in primaries, hosting early actions to mobilize volunteers, and building the infrastructure to win on November 6. In fact, as of July 29, we have already endorsed 100 candidates—as part of our plan to endorse 100 U.S. House candidates to end GOP control of Congress and 100 state and local candidates to build a long-term progressive movement of leaders across the country.” Go here for a list of the candidates their members have selected to support through their state and Congressional District chapters. 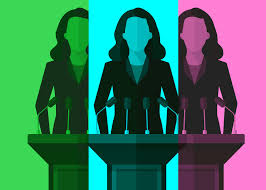 Another progressive organization that partners with groups from across the country and works both at a state and national level is America Votes. “We are focused on ballot access and progressive ballot initiatives. Some of the key work is happening at the state level, something many voters can often overlook while focused on the big picture. Sure, what your senator is doing is important, but so many decisions that affect you, like automatic voter registration and early voting access, are decided by state legislatures. And that’s where America Votes’ focus can be a huge asset.”

There are many organizations that are working on getting all of us engaged in this and future election cycles. It is up to each and every one of us to do our research, get involved and figure out how we can connect to others so we can make transformative change happen.  Join SWAN in supporting women who are ready to move into action. Donate here or register for our training in Los Angeles on August 25 and 26 or in Washington, DC on October 24 to 26.