After the results from the Senate race in Alabama, I am so proud of our African American Sisters, who cast the deciding votes. Thank you for being Warrior Priestesses and leading the fight for the changes we need now. This electoral race inspired me to write a story – Venus, the Warrior Priestess. 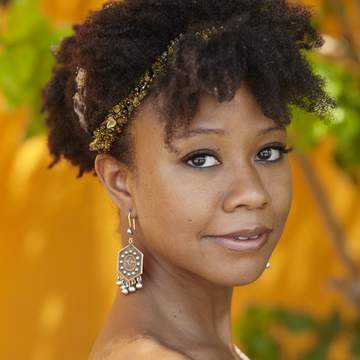 Sing in me, Source of all Inspiration, and through me tell the story of Venus of the Island of Radiance.

Early in her life, she knew she was different from her friends and family. Unlike them, she felt constrained and restless surrounded by an ocean. She felt a strong sense of wanderlust.

She was fearful of hurting those who loved her, but she was swept up by her need to learn, explore, question her culture and her curiosity about what laid beyond the shore.

She fought against all odds and reached a magical ship. With help from her allies Passion, Connection and Strength she got on the magical ship. Through the years she engaged in lots of adventures and learned new skills. The Magical Ship stopped in many ports, and she was exposed to different cultures and worldviews.

Finally, she reached her destination – The Promised Land.  A fabled place of endless opportunity and growth.

The Seeker, a mighty leader in the Promised Land, welcomed her with open arms. She told Venus that she was called to be a Warrior Priestess.

The Seeker bestowed on her the gifts of perception, commitment, willpower, and intuition and sent Venus out on a path. She promised Venus adventures and challenging trials that will take her on a journey all over the Promised Land.

Venus accepted the quest. Along the way, she met other warriors, teachers, healers and all kinds of opponents.

And learned of love, compassion, balance, joy, and power

She suffered many defeats, experienced failure, grief, loneliness, disappointment and the death of dear ones.

She struggled with doubt, impatience, guilt, fear, loneliness, and lack of trust.

She learned the importance of speaking her truth to herself and to others.

Finally, after she thought her work was done, the Promise Land exploded and her world shattered into a million pieces. She was thrown into the Ocean, where she started her journey.

She was in despair, wounded and ready to let go … and then she heard a sound in the distance. Warm water surrounded her. Dolphins surrounded her. Nudged her and circled her and kept her warm as she healed from her wounds. She felt cared for and loved.

And discovered… that she was not alone. That she still had a tribe. That she was ready to start again and help create a new land, a better land. When her wounds were healed, the dolphins pushed her to shore.